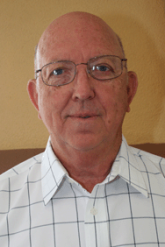 Ernest Bagley
Ernest Bagley graduated from Fitzgerald High School in Michigan in 1961. It was during his high school days that Bagley started playing basketball, football, and running track. He played basketball at JSU and after three years, transferred to Livingston University where he earned his B.S. Degree in History and Physical Education. Bagley started teaching at Ragland High School that same year. He was an assistant football coach and the varsity boys basketball coach. He also coached the track team. It was during his first year as head basketball coach that Bagley led the Purple Devils to the state title game but lost to Wilcox County in the championship game. Bagley was at Ragland four years before moving on to Springville High School in 1974. In 1977, he earned his Master’s Degree in Administration from the University of Alabama Birmingham. It was during his final year of coaching in 1980 that Bagley led the Tigers to a 26-0 record heading into the state championship game at Coleman Coliseum in Tuscaloosa against Lincoln. Springville lost the game to Lincoln 76-74. Ernest Bagley was named Principal of Springville High School the next year and held that position until he retired in 1998. 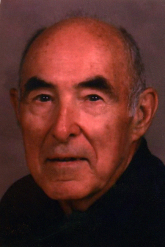 Alvin Byers
Alvin ”Hubba” Byers graduated from St. Clair County High School in 1946. He received his B.S. Degree from Jacksonville State University in 1953 and a Master’s Degree in Driver’s Education from Montevallo. While attending Birmingham-Southern he was a member of the baseball team. He continues to play baseball when he transferred to Jacksonville State. Byers started the football program at SCCHS in 1964. He was also the boys varsity basketball coach from 1966-1972. This program was very successful. His teams paced second in the state in both 1968 and 1971. From 1977-1987, he was the varsity girls basketball coach. He led his girls to five regional tournaments and five state appearances. Byers is the only St. Clair County basketball coach to lead both a boys and girls program to the state basketball finals. He passed away March 3, 2001. 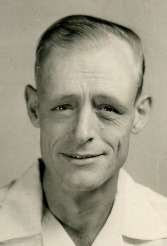 George Eden
George Eden graduated from St. Clair County High School in Odenville in 1940. He earned his Bachelor’s Degree from Jacksonville State University in 1947 and his Master’s Degree in 1956. He was head basketball coach at Ragland High School from 1947-1960. He led the Purple Devils to a third place finish in the state in 1953. He was also head football coach at Ragland from 1952-1960 and went undefeated in 1956. After his coaching career, he served as principal at Ragland from 1960-1966, Assistant Superintendent of the St. Clair County School System from 1966-1970 and Superintendent from 1970-1979. He then taught math from 1979-1995 at Coosa Valley Academy. Eden passed away July 25, 1999. 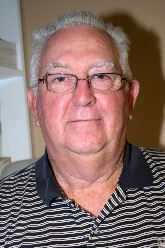 Raymond Farmer
Raymond Farmer graduated from Ashville High School in 1961 where he played football, basketball, and baseball. He lettered in football at Memphis State and received a Business Administration Degree in 1966. In 1973, he received his teacher’s certificate in Physical Education from JSU and then in 1978, he received his Master’s Degree in Education from UAB. He was head football coach at Ashville High School on two different occasions as well as head football coach at Springville High School. He also coached in Etowah County and in Georgia. He coached the Ashville boys track team to three consecutive state titles from 1971-1973, In 1975 and 1976, Farmer led Springville to its first two state football playoff appearances. In 1992, Farmer coached Etowah High School and one of his players, Freddie Kitchens, was named 5A Player of the Year and Mr. Football. He went on to star at the University of Alabama. In 2000, another of Farmer’s players from Etowah High School was named 5A Player of the Year and Mr. Football. Carnell “Cadillac” Williams went on to star at Auburn University. Before returning to coaching at Victory Christian in 2012, Farmer had an overall record of 170-117-1.

Will Glover
Will Glover graduated from Hale County High School where he was an All-State tailback. After graduation, he enlisted in the military and served in World War II as a Landing Craft Operator in three South Pacific invasions. He landed Marines at Treasure Island, Bouganville, and Guam. After WWII, he lettered as a tailback and safety for the 1947 SEC Champion Ole Miss Rebels. Glover held the Ole Miss single game punt return record for 55 years until it was broken in 2002 by Jason Armstead. He also held the Ole Miss record in track in the 220-yard dash for 36 years until it was broken in 1984 by Olympian Tony Dees. He graduated in 1950 with a B.A. Degree in Education. His coaching career started at Pell City High School in 1950 where he stayed until 1962. He has the most wins in school history at 80 and has a record of 80-40-6. He led Pell City to three undefeated seasons in 1951, 1953, and 1954. During his time at Pell City, he had 14 players to sign college scholarships, 11 of which were to SEC schools.

Rickey Looney
Rickey “Clean” Looney graduated from Ashville High School in 1980. From 1977-1979, Looney was the starting center for the Bulldog’s basketball team. He won All-Area in 1979, Most Rebound Award for two years and was named MVP of the County Tournament one year. Also in 1979, he was named MVP of a tournament in Goodwater and he helped lead the Bulldogs to an unbelievable record of 31-1. His son Brandon, also played for the Ashville Bulldog’s Basketball Team. 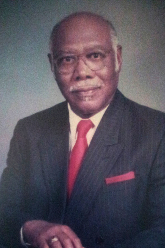 Lloyd Newton
Lloyd Newton graduated from Fairfield Industrial Colored High School in 1938. He graduated from Miles College in 1943 and received his Master’s Degree from the University of Alabama Birmingham. He served in World War II. He started his teaching career at Ragland in 1959 and stayed until 1963. He became Principal of Reuben Yancey School and held that position until 1969. He was then the Principal at Ashville Elementary School from 1969-1986. He was also the night director of the Migrant Vocational School from 1975-1985. Newton was a member of the Mt. Zion Missionary Baptist Church in Ashville where he served as a Deacon on the Deacon Board until his death.

James Richey
James “Shag” Richey graduated from Dekalb County High School in 1949 where he made All-County and All-District as a basketball player. He attended Snead State Junior College and Jacksonville State University. While at JSU, he was a team captain on the basketball team and leading scorer with an average of 14.5 points per game. He was a member of the JSU team that defeated Alabama’s famous “Rocket Eight” team. Richey is a member of the Dekalb County Sports Hall of Fame, JSU Hall of Fame, and was named one of the 100 Greatest Athletes in the First 100 Years of JSU Sports. He served as Principal of Ashville High School from 1969-1976 and was Superintendent of the St. Clair County School System from 1978-1982. 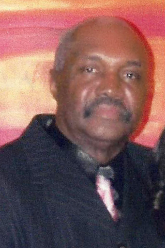 Reginald Robinson
Reginald “Buck” Robinson graduated from Ragland High School in 1972. He was named the MVP of the basketball team three consecutive years. He was named MVP of Region 8 in 1971 and County MVP in 1972. He made All-County in 1971 and 1972, All-State in 1971, and All-Area in 1970 and 1971. He played for the 1A-2A North Team in the 1972 All-Star basketball game. Robinson also played baseball and helped Ragland finish second in the state one year. He attended Gadsden State and was the top rebounder on the college basketball team in 1973. 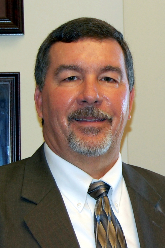 Tom Sanders
Tom Sanders graduated from Ashville in 1976. After college, he coached at three different schools from 1980-1992. He was at Ragland from 1980-1983 where he was the head coach for boys and girls varsity basketball. These teams won County, Area, and Region titles and the 1981 girls team made it to the state title game but lost 43-35. Sanders was a coach at Springville from 1983-1989 where he was the varsity boys basketball coach and led the Tigers to County and Area titles and made it to the state playoffs every year. From 1989-1992, Sanders was the girls basketball coach and varsity track coach at Ashville. The track team won three state sectional championships and finished third in the state in 1990. Sanders is the only coach in St. Clair County history to win varsity basketball county titles at three different high schools. He is also the only coach to win both a varsity boy’s and a varsity girl’s county title. After serving as Assistant Principal at Ragland and Principal at Ashville, Sanders was elected to serve as Superintendent of the St. Clair County School System in 2003. 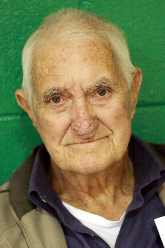 Coy Smith
Coy Smith graduated from Ashville High School in 1947. He graduated from Jacksonville State University in 1951 with a degree in History and Physical Education. His basketball coaching career started at Moody Junior High School where he coached for seven years. Moody won three county titles under Smith. He then coached St. Clair County High School and led them to three straight county titles from 1959-1961 and the state tournament two years. His record at SCCHS was 89-23. In 1967, Smith started his coaching career at Ashville that lasted until 1979. The Bulldogs won five county titles and four regional titles under Smith. They advanced to the state tournament in 1968, 1969, 1970, 1973, and 1979. The 1979 team finished with a record of 31-1. Smith’s record was 130-76 while at Ashville. Overall, Smith had a record of 428-150. Mr. Coy Smith passed away in 2015. 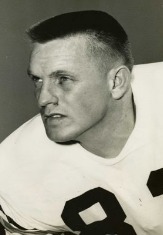 Richard Waid
Richard “Bucky” Waid graduated from Springville High School in 1960. While in high school, he played basketball, baseball, and football. He was named MVP of the basketball team in 1960 and was also named All-District. He was drafted by the Detroit Tigers baseball team in 1960 but elected to play football at Auburn under Coach Ralph “Shug” Jordan where he played in the Orange Bowl in 1964. Bucky earned his B.A. Degree at Auburn in 1965. From 1968-1973, he was head football coach at Springville High School where he posted a record of 31-15-4. 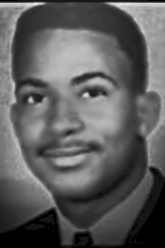 Paul Woods
Paul Woods graduated from Ashville High School in 1969. While attending AHS he was active in football, basketball, and baseball. He was named All-County and     All-Area, as well as All-Tournament during the Oneonta Holiday Classic. He attended Gadsden State where he played basketball during the 1970-1971 season. This team won the state and regional championships and was in the national playoffs. Woods was a member of the Gadsden Basketball Official Association as a high school official beginning in 1978. He is also a member of the Etowah County Umpire Association.