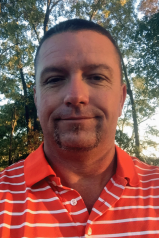 Mike Brown is a 1987 graduate of Pell City High School. He played defensive end for Hall of Fame head football coach Lyle Darnell. During his senior year, Brown was named as a member of the First Team All-State Team. He received a scholarship to play football at Clemson University. For five years, he was the center and received numerous awards, including First Team All-ACC and Honorable Mention All-American.Brown helped lead the Tigers to three ACC championships in 1987, 1988 and 1991. He played in five bowl games – three Citrus Bowls, one Gator Bowl and one Hall of Fame Bowl. 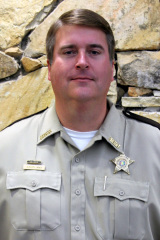 Matt Coupland is a 1994 graduate of St. Clair County High School. His sports career started when he was a young boy playing baseball and football in the OYAA. By the time he graduated from SCCHS, he was a three-year letterman in football, basketball and baseball. He was named All-County in all three sports. He was a member of the 1993 Saints football team that went a perfect 15-0 and won the Class 2A state championship beating Hazelwood 18-13. Coupland was a tight end, defensive lineman and punter. He had the highest punting average in the state during his senior year. Coupland has spent the past 21 years in law enforcement, 15 of those with the St. Clair County Sheriff’s Office. He has coached little league baseball, football and basketball along with junior high and varsity football. 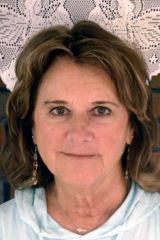 Memory Gleason is a 1965 graduate of Etowah High School. She graduated from Gadsden State in 1967 and from JSU in 1970, earning degrees in health and physical education. She also earned a recreation degree in 1978 from UAB. Her teaching career started in 1974 at Ragland High School where she coached volleyball until 1979. From 1979-2003, Gleason was a teacher/coach at Ashville High School. She won county and area crowns at both schools at the junior high, B-team and varsity levels.She was named Who’s Who Among America’s Teachers in 2004. Today she’s a member of Steele United Methodist Church where she is the pianist and Sunday school teacher. 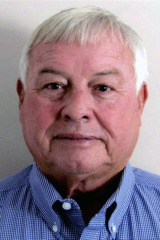 Mike Green graduated from Dixie Academy in 1969, from Livingston University in 1972, and he later earned a master’s degree from Troy University and an EdS from the University of Alabama. His coaching/teaching career in St. Clair County started in 1987 at Springville High School. In eight years as the head football coach, he guided the Tigers to seven playoff appearances, four area titles and an overall record of 57-35. The best season was in 1989 when they were 13-1 and advanced to the semifinals in the state playoffs. In eight seasons as the baseball coach, he led the Tigers to the 1992 state championship and had an overall record of 127-45. He won the county and area crowns five years. Green later became assistant principal and principal at Moody High School from 1997-2003. 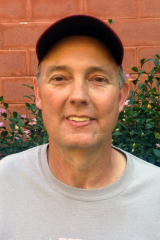 Roger Peace is a 1984 graduate of Ashville High School. He played football, basketball, baseball and ran track during his high school career, winning various All-County awards. He was also a five-year letterman, and was named to the Class 2A Honorable Mention All-State basketball team in 1984. In his basketball career, Peace averaged 13 points and nine rebounds per game. He scored a total of 1,396 points. He was the Jim Nunnally Award winner and was the class vice president in 1984.