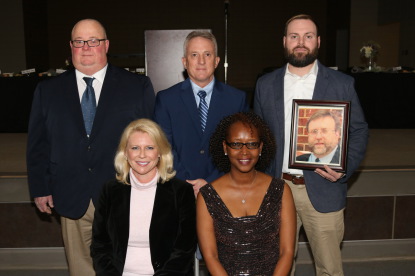 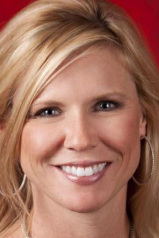 Danielle Fields Frye
Frye graduated from Pell City High School in 1989.
As a junior, she helped guide the Lady Panthers basketball team to the Class 5A state title. She was a shooting guard from 1987-89, is a member of the 1,000-point club and was named Area MVP.
In 1989, she was named academic All-State, second-team Birmingham News All-State and honorable mention All-Metro and All-State.
She graduated from Troy University in 1993 with a degree in journalism and played three years on the Troy basketball team.
She handled the public/media relations for NASCAR Hall of Fame drivers Bill Elliott and Dale Jarrett, along with NFL great Dan Marino when he was a NASCAR team co-owner. Today, she is the director of community engagement with USAC Racing in Indianapolis. 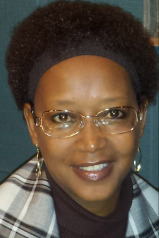 Mary Helen Woody Head
Head graduated from Springville High School in 1983.
As a member of the indoor track team, she helped lead the Tigers to the 2A state title in 1982. In 1981, she won the state 2A 110-yard low hurdles and set a state record in the 60-yard low hurdles.
She made all-county in basketball in 1981 and 1982 and started on the varsity basketball team as an eighth-grader in 1978. She also played volleyball, was a cheerleader and a member of the color guard rifle team
She graduated from Penn Foster College in 2015 with an Associate of Science degree. She is enrolled at Columbia Southern University working towards her bachelor’s degree in business management and is a project management specialist for the U.S. Army Corps of Engineers with more than 20 years of federal service.
She received the Army Civilian Achievement and Commendation medals and is a member of the National Society of Leadership Success. 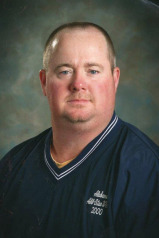 Terry Isbell
Isbell graduated from Moody High School in 1982 and the University of West Alabama in 1987. He has 32 years of coaching experience, all in St. Clair County.
His coaching career started at Ragland High School in 1987. In 1989, his baseball team won area and advanced to the second round of the playoffs.
He then went to Pell City High School from 1989-2012, where he was an assistant football coach. He was also the Panthers head softball coach and varsity girls basketball coach. He had more than 100 wins in both sports.
Since 2012, Isbell has been the defensive coordinator for the Moody varsity football team. The Blue Devils have been county champs in football and made the state playoffs twice. He has also been an assistant coach for the Moody varsity girls basketball team. 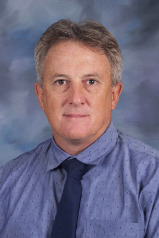 Jeff Smith
Smith graduated from Red Bird High School in Beverly, Kentucky, in 1981. He played basketball, earning All-State, All-District and All-Conference awards.
He attended Alice Lloyd College in Pippa Passes, Kentucky, playing basketball one year and baseball four years.
Smith has spent the past 30 years at Springville High School. During his tenure, he has served in many capacities.
He has coached the varsity boys’ basketball team since 1988 with an overall record of 484-368, 12 county titles, five area titles and 15 appearances in the state playoffs. He has been named St. Clair County Coach of the Year 14 times.
He was head softball coach for seven years with a record of 210-64, five county titles and two state runner-up finishes.
He coached varsity football and was part of five undefeated regular-season teams and three squads that advanced to the semifinals. 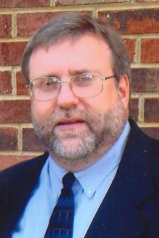 John Dale Sumerel Jr.
The late John Dale Sumerel Jr. graduated from St. Clair County High School in 1978. He was a center and punter for the Saints football team for four years.
In his senior year, he was named to second-team 3A All-State by the Birmingham News.
At age 18, Sumerel started the first powder puff football team in Odenville. He had such a love for children that he helped start the little league program in the city, and he umpired hundreds of games.
He was a true believer that keeping a child busy in sports would give them hope for the future. He worked tirelessly at the ballfields.
Sumerel died July 3, 2013, leaving behind his wife, Rita, and two children, Ashley and John Dale III.