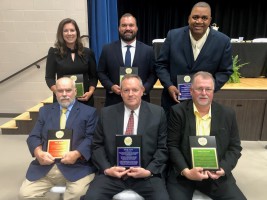 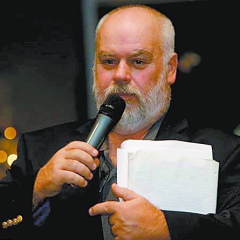 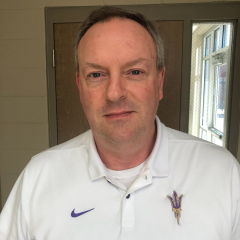 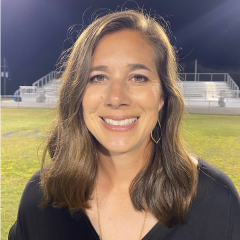 Rachel Countryman Ford graduated from Ashville High School in 2000. For three years, she excelled in volleyball, basketball and softball winning All-County, All-State and various MVP honors.
During her senior year, she was also the Scholar Athlete Army Reserve recipient, the Jim Nunnally Award winner, the Area Bryant-Jordan Scholar Athlete winner and earned a softball scholarship to JSU. During her senior year at JSU, she set single season records in homeruns (22), RBIs (66) and runs scored (63).
She graduated Magna Cum Laude from JSU in 2005. After graduating, she signed a professional softball contract to play with the PFX Tour, something she did for three years.
In 2009, Ford became the softball coach at White Plains High School and has led them to area and regional championships and several state tournament appearances. 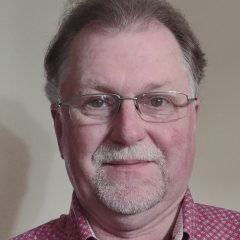 Hobart McLendon graduated from Ashville High School in 1984 where he played baseball, basketball and football. He made All-County two years playing basketball.
While at Ashville High, McLendon was Student Council President, Mr. Ashville High School, Boy’s State recipient, Who’s Who Among American High School, and won the DAR Good Citizenship Award.
He attended Alice Lloyd College from 1984-85 where he played basketball and was a member of the Student Government Association.
He is an officer for the Boosters of Ashville and a founding member of The Ashville Spirit Club. He is currently vice-president at CrossMark Home Services. 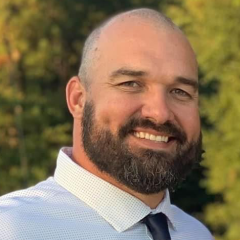 Matthew Sanders graduated from Ashville High School in 2000 where he was an All-State player his junior and senior seasons in baseball and football. He led the state in punting his junior year with a 47.6 yards per punt and again his senior year with a 45.4 yards per punt.
He won the Bryant-Jordan Achievement Award and the Jim Nunnally Award during his senior season.
He played football for the University of Alabama in 2000 and dressed every game.
He transferred to Wallace State where he was a pitcher on the team that won the AJCC state championship and played in the JUCO World Series in Colorado. 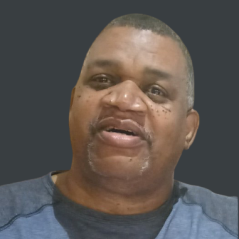 Leon Taylor graduated from Springville High School in 1981 where he played football and basketball. He was named All-County in football for three seasons, but basketball was where he excelled.
In 1980, he was named All-County, All-Area and All-State as he led the Tiger basketball team to the state title game.
In 1981, Taylor was named Honorable Mention to the McDonald’s All-American Team and named Team MVP as he averaged 18 points and 12 rebounds per game. He was the Fan MVP, had the most rebounds, steals and blocked shots.
Taylor played basketball for Wallace State in 1981 averaging 14 points and nine rebounds per game. From 1984-86, Taylor played at Bethel University averaging 15 points and 10 rebounds per game. He was named team captain and was named MVP of the Northern Kentucky Tournament.
In 2010, Taylor coached the Hayes High School girls basketball team. The next two years, he coached the AAU Birmingham Raptor basketball team.