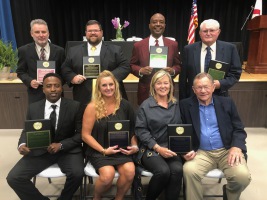 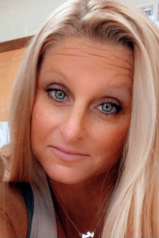 Sarah Vickery Baker
Sarah Vickery Baker graduated from Moody High School in 1998 where she excelled on the mound in softball. In a three-year career (1996-98), Baker became the first pitcher (baseball or softball) to get 100 wins in state history, finishing with 104 wins. In 1998, she had 34 wins for the season. In 1997, she tossed five no-hitters in one season. In her senior season, she was selected to participate in the North-South All-Star Game. She made All-County all three years and All-State her junior and senior year. She was a member of the Beta Club, Who’s Who, President’s List and Dean’s List.
She earned a softball scholarship to Athens State University where she graduated in 2002, earning a BS in Liberal Arts. Baker has worked as assistant softball coach at Berry Middle School and Spain Park High School. Baker is in her second year working in the Small Group Setting class at Odenville Elementary School. 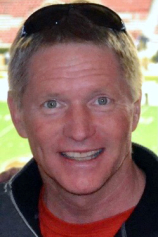 Wayne Barker
Wayne Barker graduated from Moody High School in 1982. He was involved in all three sports at Moody – quarterback on the football team; point guard on the basketball team; and pitcher on the baseball team. He excelled in all three. He was known by many as ‘the All-American Athlete” from Moody.
He was named All-County in all three sports and earned an athletic scholarship to Lipscomb University. He also attended the University of Montevallo.
He started Oxford Housing in 1987, and continued to own the business until his untimely death January 1, 2019. 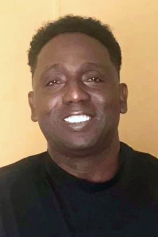 Fred Blount
Fred Blount graduated from Ashville High School in 1984. He played football, basketball and ran track. He was named All-County and All-Area in football; named MVP of the County Basketball Tournament; but track was where he shined.
In his five years (eighth grade -12th grade) on the track team, Blount never lost a race. He set a state record in the one-mile relay with a time of 3:24, and the record was not broken until 2014. He finished first in the one-mile and two-mile run and was named All-State several times.
His name is mentioned at the Library of Congress. He coached youth football from 1993-2007, all in Ashville. He was a member of Antioch Ministries in Oneonta.
Blount passed away December 23, 2020. 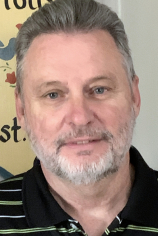 Johnny Caldwell
Johnny Caldwell graduated from Saks High School in 1977. He then graduated from Jacksonville State University in 1991. It was in 2000 when Caldwell earned his Master’s Degree in Administration.
From 1991-2016, Caldwell was a teacher at St. Clair County High School in Odenville. During those years, he was the head softball coach for eight years; head girls basketball coach for eight years; assistant football coach for seven years (including the 1992 Class 2A state championship Saints team); and the head junior high volleyball coach for one year. He also drove a school bus for 11 years.
Caldwell has been involved with AWANA, prison ministry, hospital ministry, Saints for Christ, and worked tirelessly at his church cutting grass and cleaning the sanctuary. He has also been a youth basketball and baseball coach for his community. 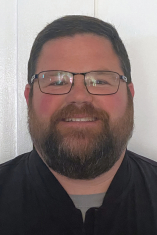 Chad Cochran
Chad Cochran graduated from Pell City High School in 1994. He played football for the Panthers from 1990-93 and will go down as one of the best defensive linemen in school history. He made All-State two years and was the first Pell City player and second ever from St. Clair County to play in the Alabama/Mississippi All-Star Game.
Cochran earned a scholarship to play football for the University of West Alabama where he was a four-year starter and graduated in 1999. Cochran earned his Master’s Degree from Jacksonville State University.
Since 1999, Cochran has been coaching and teaching at various schools including St. Clair County High School, Pell City High School, Ohatchee High School (head football coach), Oak Mountain High School, Talladega High School, Mountain Brook High School and Oxford High School. In 2019, Cochran was the defensive coordinator for Oxford, who won the Class 6A state football championship. 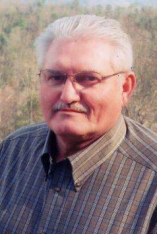 Harlan Sanders
Sanders graduated from Ashville High School in 1969. He played football, basketball and baseball. Sanders played football four years as a center, middle linebacker and kicker. He was an All-County player and was the first player from Ashville to be named an All-State player. Sanders also played basketball four years and was named All-County and All-Area and named Team Captain. Sanders played baseball for two years as a pitcher and first baseman.
Sanders was the winner of the very first Jim Nunnally Memorial Award that is awarded to the most outstanding senior athlete. During his senior year, the football team was 8-2 while the basketball team was 25-6. Sanders praised all of his teammates who surrounded him.  After high school, he played slow-pitch softball and basketball for many years. He was also an assistant junior high football coach at Southside High School from 1980-81.
He is a member and trustee at Riverview Baptist Church in Southside. He retired from Goodyear in 2005. 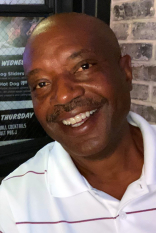 Eric Williams
Eric Williams graduated from Ashville High School in 1981 where he played basketball, baseball and ran track. While playing baseball, he was selected to play in the East-West All-Star Game. In basketball, Williams was named MVP and won the offensive award. While in high school, Williams was awarded the Good Citizenship Award. He was a member of the Beta Club, Who’s Who Among High School Students his junior and senior year and President of the Student Council his senior year. He maintained a 91 GPA all during high school.
Williams earned a double major in business management and marketing in 1986 from the University of Alabama. While in college, Williams was a member of Alpha Phi Alpha and served on the Disciplinary Policy Committee with the Student Government. Williams is co-founder of the Will and Della Bothwell Foundation, co-founder of Company DANRAP and serves on the Board of Directors of the Annsbrooke Homeowners Association.