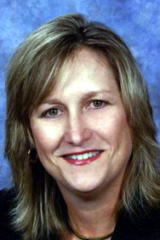 Terrie Gaither-Harris is a 1982 graduate of Springville High where she played volleyball, basketball, softball and ran track. Track & field is where she excelled as she set state records in the one-mile run her freshmen and sophomore years and set state records in the two-mile run her junior and senior years in the indoor and outdoor state track meet.

In all, she won nine individual state championships and helped lead Springville to two state titles.

Gaither-Harris earned a track scholarship to Jacksonville State University in 1982. After one year at JSU, she received a basketball scholarship to Miami-Dade Community College.

She’s now a notary public for North Carolina, as well as the Office/Accounting Manager with Flavor 1st Growers &  Packers in Mills River, NC. 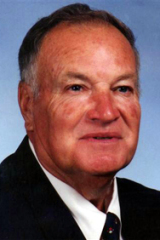 He was head football coach for 28 years at various high schools in Alabama, including five years at Pell City from 1982-86. His record at Pell City was 37-18. His head coaching stints included Hanceville, Thompson, Glencoe, Scottsboro and Etowah before he came to Pell City. 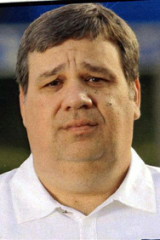 Jay Brown recently became the winningest head football coach in St. Clair County, picking up his 85th win as Moody defeated Plainview 41-7 in the last game of the 2016 season.

Brown graduated from Oxford High in 1981 and then earned a bachelor’s and master’s degree from JSU. His coaching career started at JSU as a student assistant, graduate assistant and assistant coach. He was named St. Clair County Coach of the Year in 2003, 2005, 2012, 2013 and 2015. 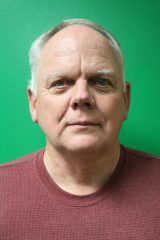 Charles Martin graduated from Saks High in 1969 where he played football and ran track. Upon graduation, he ran track and cross-country at Jacksonville State University where he obtained a Bachelor of Science degree in History and PE.

He came to Ashville in 1979 as a teacher/coach and stayed until 1989. While at Ashville, he was offensive/defensive coordinator for seven years, head baseball and head varsity girls basketball coach.

For 20 years, Martin was the official bookkeeper for the Calhoun County and Northeast Regional Tournaments at JSU. 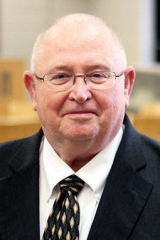 Carl Mims graduated from Sylacauga High in 1968 where he played football for former Pell City football coach Pete Rich. He graduated from the University of Alabama in 1972. Mims was an assistant coach on the 1993 St. Clair County Saints football team that went 15-0 and won the Class 2A state title.

From 1995-98, Mims coached at Emma Sansom before coming back to SCCHS in 1998 where he coached varsity football and varsity boys basketball. In 2007, Mims was named athletic director at SCCHS, a position he still holds today. 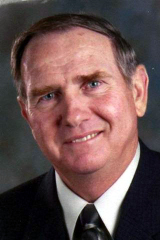 Bill Gray graduated from Pell City High School in 1965 where he played football from 1962-64. It was in 1964 that Gray was named to the All-County Football Team.

After attending JSU, Gray graduated from The Alabama Banking School. In 1976, he became the founding pastor of Pell City Independent Church.

In 1984, he became the administrator of Victory Christian School, formerly Pell City Christian Academy. During his tenure, Gray was responsible for starting athletics at the school, which is now a Class 1A member of the Alabama High School Athletic Association. He was head football coach, softball coach and volleyball coach.