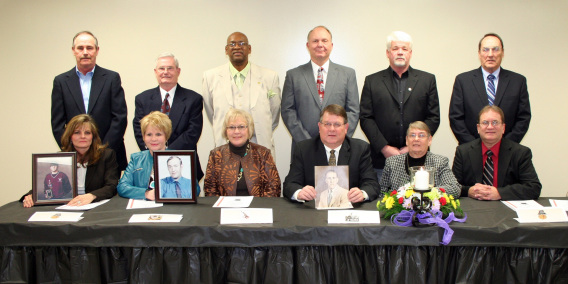 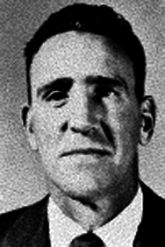 William “Bill” Ellis
Coach John William “Bill” Ellis graduated from Valley Head High School in 1940. While in high school, he played football and baseball. He went on to Auburn University and played football from 1941-42 until he was drafted into the United States Army. From 1942 to 1946, Ellis was in the military where he served in New Guinea and the Philippines. He was the recipient of the Bronze Star and the Purple Heart.
He returned to Auburn University in 1946 and played football until he suffered a career-ending injury. He earned a B.S. degree in physical education in 1948 from Auburn. One year later, he earned his Master’s in physical education from Indiana University.
His coaching career started in 1949 at Abbeville High School where he served as the head football, basketball and baseball coach until 1954. His football record was
42-26-2; baseball record was 53-13; while his basketball record was 95-30. In 1951, the Abbeville football team was chosen as Class 1A, Region 1 state champions by the Birmingham News. In 1953, Ellis was named Abbeville Lion’s Club Man of the Year. From 1955-65, Ellis was the head football coach at Georgiana High School and compiled a record of 9-10-1.
In 1957, Ellis made his way to St. Clair County where he was the head football coach at Ashville for the next 10 years. He compiled a record of 50-48-2 and in 1958, Ashville was chosen as Class 1A, Region 3 state champions by the Birmingham News.
From 1967 until 1983, Ellis served as the guidance counselor at Chattooga High School in Summerville, Georgia. In 1969, 21 years after he graduated from Auburn, Ellis went back to Auburn and earned a sixth-year certification in guidance and counseling. Ellis died in February 1996. 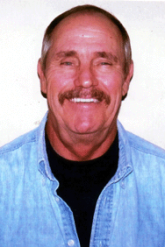 Kerry Cole
Kerry Cole is a 1968 graduate of St. Clair County High School in Odenville. While at SCCHS, Cole lettered in basketball, football, and baseball. In 1965, he was selected as MVP of the “B” team basketball tournament. In 1967, he was a member of the county and area basketball teams. Also that year, he was selected the St. Clair County MVP. In 1968, he was named All-County, All-District, and All-State. He also was named the MVP of the district and MVP of the Leeds Invitational Tournament. While at SCCHS, Cole was president of the Letterman’s Club and captain of the football team. He was named best offensive player of the 1967 team. Once he graduated from SCCHS, Cole attended Jefferson State College on a basketball scholarship. After college, he played independent baseball and softball for several years. 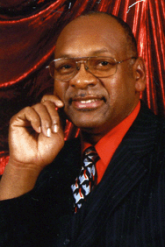 Larry Bothwell
Larry Bothwell graduated from Ashville High School in 1974. While there, Bothwell was a forward on the basketball team and ran track. He was named All-County in basketball in 1973. The next year Bothwell averaged 13 points and 10 rebounds per game and helped lead the Bulldogs to the county title. He was named to the All-Tournament Team at the Oneonta Christmas Tournament and was named Defensive Player of the Year. Bothwell was a member of the Ashville track team that won the Class 1A-2A state championship in the mile run with a time of 4:29. After high school, Bothwell spent 28 years in the Alabama National Guard and received an Army Commendation Medal. During those years, he coached basketball at Ashville High for five years; coached youth softball for four years; coached ASA men’s softball for 10 years; volunteered for the Boy’s Club; has been a basketball, baseball, softball and volleyball referee for many years; was an AHSAA referee for over 28 years and an ASA umpire for over 20 years. Bothwell was president of the St. Clair County Sports Hall of Fame; chairman of the board of directors at Mt. Zion Baptist Church; a trustee at Mt. Zion Baptist Church and chairman of the board of directors for the Will and Della Bothwell Foundation.
Larry passed away in March of 2013. 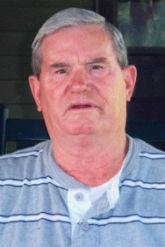 Charles “Boot” Rich
A 1957 graduate of Pell City High School, Charles “Boot” Rich played football for the Panthers from 1954-57. The 5-foot, 6-inch, 130 pound Rich played on both sides of the ball. Although small, Rich was very quick and as one of his schoolmates said, “tough as barbwire.” The one and only track meet he entered was the 100-yard dash and he ran it in 9.9 seconds. He was named the Most Valuable running back his senior year. Rich is a member of Hardin’s Chapel Church and coached peewee football a number of years. He umpired softball and Babe Ruth and high school baseball. 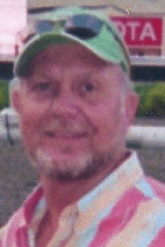 Rick Neal
Rick Neal is a 1974 graduate of Banks High School. From 1971-73, Neal was a starter on the Banks football team as a tight end, linebacker, and punter. Banks won back-to-back championships in 1972-73. Neal holds the state record for the longest punt - 92 yards. He took over as quarterback in the state playoffs in 1973 and led Banks to the championship. He was voted All-State and earned the Alabama High School All-Star award. Neal played in the Senior Bowl in Tuscaloosa in 1973. While at Banks, he also played baseball and started as a pitcher, outfielder and first baseman. Neal went on to play football for Coach Paul “Bear” Bryant at the University of Alabama from 1976-78. The Crimson Tide won back-to-back SEC titles in 1977-78 and won the National Championship in 1978. Neal had 25 receptions in his career for 383 yards and 7 touchdowns. He caught an 11-yard pass to clinch a win over Auburn in 1978. After college, Neal moved to Ashville where he became involved in the community and the youth association. He coached little league baseball teams for 8 years and served as president of the AYA for 5 years. He was responsible for starting up the Youth Football League in Ashville with the first 12 & Under league. At Ashville High School, Neal coached the AHS baseball summer league team in 1997 and they went to the Dizzy Dean state playoffs. He worked in the AHS Quarterback Club for 5 years and also helped the AHS softball team for 5 years. Neal is a member of the First Baptist Church Ashville and is a member of the A Club at the University of Alabama. 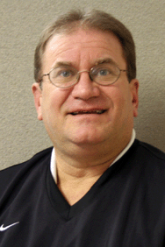 Gary Hanner
Gary Hanner is a 1976 graduate of Pell City High School and is the first member of the media to be inducted into the Hall of Fame. Hanner was hired by the St. Clair News-Aegis in 1978 to cover sports. Over the next 20 years at the News-Aegis he covered all the high school sporting events and worked his way up from sportswriter to advertising director. In 1999, Hanner was hired by The Daily Home as a staff
writer. On April 6, 2000, the St. Clair Times published its first edition and again, Hanner was writing sports. Now, 10 years later, Hanner is the associate editor of the Times and continues to cover sporting events throughout the county. Hanner is a member of Mt. Gilead Baptist Church where he serves as minister of music.

Brenda Riddle
Brenda Riddle is a 1961 graduate of Springville High School. She attended Snead State for two years and then graduated from Livingston University in 1966. Riddle played and coached Independent softball from 1961 until 1971. From 1966 through 1971, she was the sponsor for the St. Clair County High School cheerleaders. From 1981 until 1985, she coached in the Odenville Youth Athletic Association and was the league champion every year. In 1978, Riddle established the volleyball program at SCCHS and coached from 1978 until 1992. From 1983 through 1986, the Lady Saints dominated play in St. Clair County. They won county championships, region championships, advanced to sub-state, Elite Eight and in 1984 finished second in the state. Riddle’s overall volleyball record as the SCCHS coach is 305-178. In 1988, Riddle established the softball program at SCCHS and was head coach until 1992. Riddle also coached Girl’s Jr. High Basketball in 1991-92. Since 2008, she has been an assistant coach for the Lady Saints volleyball team. She is a member of the Alabama Education Retirees Association and the St. Clair County Education Retirees Association. Riddle was a member of the Alabama Baseball Umpire Association from 1982-85, and the Alabama and St. Clair County Volleyball Refereeing Assocations from 1979-83. She is a member of Calvary Baptist Church and the St. Clair County Historical Commission. She is currently serving her fourth term as a member of the Odenville Town Council. 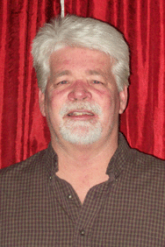 Wes Simpson
Wes Simpson graduated from Leeds High School in 1974. From 1970 to 1974, Simpson earned 11 varsity letters in basketball, baseball and football. At Lipscomb University from 1974-78, Simpson was a pitcher for the baseball team that had a career record of 28-5. He was 11-3 his senior year. From 1974 to 1978, Lipscomb was the best college baseball team in America with a record of 182-40. They were named the 1977 national champions. In 1979, Simpson started a coaching career at Moody High School and SCCHS that lasted until 2007. He coached at Moody High from 1979 until 1998 and was the head football coach from 1984 to 1997 and compiled a record of
76-63. His teams won five county championships and made it to the state playoffs seven times. Simpson was named Coach of the Year six times. He coached 18 First Team All-State players, four All-Americans and eight college signees. He coached baseball at Moody and SCCHS over a 15-year period and compiled a record of
303-136. His teams advanced to the state playoffs seven years, making it to the quarterfinals three years and the semifinals one year. He coached 22 players who later signed college scholarships. Simpson also coached softball at Moody for four years where he had a record of 114-26. He was named Coach of the Year once, won three county titles and advanced to the state tournament twice. Today, Simpson is lead guitar player for Todd Simpson and Mojo Child. 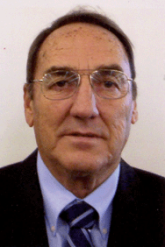 Bobby Smith
Bobby Smith graduated from Ashville High School in 1961. While in high school, he played basketball and baseball. He was named Mr. Point in 1960 and 1961 as he scored 408 points. He averaged 20 points per game in those two years. In 1961, he was named Mr. Rebound with 206 boards. He tied for first with steals in 1961, was named All-District by the Birmingham Post-Herald in 1960, was named All-District in 1960-61, and All-County in 1960-61. He held the record for the most points scored in a game (53) from 1961 until 1987 when the record was broken by Johnny Bothwell. Smith also played baseball as a first baseman and outfielder in 1961. He was offered a basketball scholarship to Snead State but chose a mechanical career at Republic Steel in Gadsden. He is a member of Steele Baptist Church and is on the Building and Grounds Committee. He is also a Steele Industrial Board Member. 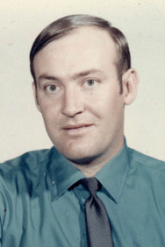 Alec Watson
Alec Watson is a 1957 graduate of Springville High School. He played basketball and was captain of the basketball team his senior year. He went on to Jacksonville State University and played basketball and was named MVP two years. He graduated in 1962. His coaching career in basketball started in 1962 at St. Clair County High School in Odenville where he guided the Saints to two state playoff appearances. He then went to Childersburg where he coached from 1965 to 1968 before coming to Pell City High School. Watson guided the 1969-1970 Panther basketball team to a very successful season, playing for a State AAA Tournament title against Centreville. The Panthers entered the game with only one loss in the season. The Panthers finished runner-up in the state as they lost to Centreville. During the season, Pell City won the Mid-State Conference Tournament, St. Clair County Tournament, along with the Area and Regional Tournaments. At the age of 31, Watson died January 3, 1971. 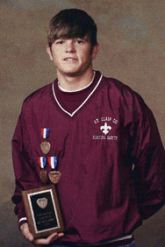 Ian Harper
Ian Harper graduated from St. Clair County High School in Odenville in 2004. From the time he was in eighth grade, Harper was a member of the Saint wrestling team. While in eighth grade, the wrestling team won the Alabama state championship. In 2002-03 Harper finished third in the state but in 2004, Harper became a state wrestling champion. His match in the finals was named Best Match of the Year. Harper tragically lost his life in May 2007. He is the son of Johnnie and Rhonda Harper of Odenville.