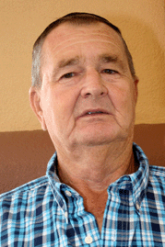 Jimmy Campbell
Jimmy Campbell is a 1960 graduate of Ragland High School. He started coaching women’s softball in 1974 with the Amateur Softball Association (ASA) at the National Cement Company. This continued until 2001 and they played 75 to 90 games a year. Campbell played sports from the late 1950s until the mid 1990s. Playing and coaching softball became an important part of his life. In 1992, he started coaching at Ragland as a volunteer coach and continued for 14 years. He started the first slow pitch softball team at Ragland and later coached the first fast pitch softball team. In 1987, Campbell started coaching junior high girls basketball, something he continued for 17 years. He had a record of 109-55, made it to the finals of the St. Clair County Tournament 12 of the 17 years and won eight county titles. From 1990-1993, his team won 40 consecutive games. In January 2005, Campbell was inducted into the Alabama ASA Hall of Fame.

Joseph Timothy Carroll
Joseph Timothy Carroll played basketball at Easonville. He coached City League baseball from 1976-1984 and was voted outstanding coach. He was runner-up in the state as All State coach for several years. Carroll coached such players as David Gulledge, Mike Brown, Phillip Ferrell, Julian Ledford, Chris Jones, and his own son, Scott Carroll. He was instrumental in the athletic arena for years. His main concern was helping young athletes become aware of the fundamentals of sports while instilling goals for them to achieve. 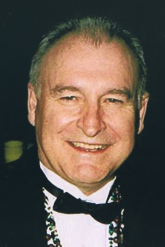 Hoyt Duane Coupland Hoyt Duane Coupland is a 1957 graduate of St. Clair County High School (SCCHS) in Odenville. He played basketball and baseball at SCCHS and played basketball for Coach Elmer E. Moree. He was named All District, All State, All Star and MVP of the county and district in 1957. He was also voted best athlete and was vice president of his senior class. He received a two year basketball scholarship to Marion Military Institute, where he earned an Associate’s Degree in 1959. While there, he was awarded the Best Athlete Major Sports Award and was a member of the NJCAA Region 7 All Tournament Team. In 1960, he enlisted in the U.S. Air Force as an aviation cadet in Harlington, TX, where he spent 23 years and retired as a Lieutenant Colonel. He received a Bachelor of Science Degree in Aviation Technology from Southeastern State College in Durant, OK in 1972. He also received his Master’s Degree from the University of Utah in Salt Lake City in 1975. After retiring from the military, he became a real estate broker for eight years in Orlando, FL. He was a member of the Benevolent and Protective Order of the Elks and enjoyed playing golf. Unfortunately, Coupland died in November 2008. He was honored to be accepted in to the St. Clair County Sports Hall of Fame. He has one son and two grandchildren. 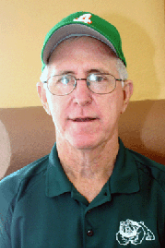 Randy Farmer
Randy Farmer is a 1964 graduate of Ashville High School. He played on Ashville’s first organized Little League and Pony League teams. While at Ashville High, he played five years on the football, basketball and baseball teams. He played and coached on Ashville’s first slow-pitch softball team. Right out of high school, he signed with the Alabama Crimson Tide football team and started as an outside linebacker on the freshman team. He coached T-Ball, Ashville High School’s basketball B-team and junior high baseball. He was also an assistant football coach for Gaddis Self and Raymond Farmer. He played on an independent basketball and baseball team at Ashville. He umpires slow-pitch softball, baseball, and church league basketball. His hobbies are golf and bowling but his favorite is fishing. 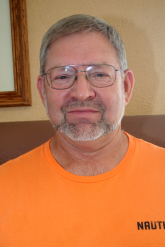 Arnold Keith
Arnold Keith is a 1970 graduate of Springville High School. He played football and basketball from 1967-1970. In football, he was an offensive tackle and defensive end. He was selected to All County in 1969-1970 and All State in 1970.  In basketball, he made All County three years in a row from 1968-1970. In the early 1980s, he volunteered as a junior high coach at Springville. He worked the sideline chains for high school football at Springville home games, umpired for the youth baseball and men and women softball teams for the past 26 years.

LeVan Grady Parker
LeVan Grady Parker is a 1959 graduate of Emma Sansom High School in Gadsden. He later graduated from Samford University in 1965 where he also received his Master’s Degree. He coached football, basketball, and baseball at Ragland High School from 1966-1969. They won a region title in basketball and also went to the state finals. Parker also coached the boy’s basketball team at Westminister Christian from 1971-82 winning three national titles. From 1985-2006, Parker coached the boy’s and girl’s basketball teams at Central Park Christian School, winning national titles from 1990-1993, 1997-1998, 2004 and 2006 with the boys and 1993-1994 with the girls. Parker is a member of Phi Kappa Phi and Alpha Kappa Phi. He won the Vince Lombardi Award and the WAAX Radio’s Great American Award of 1976. 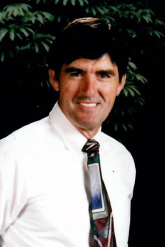 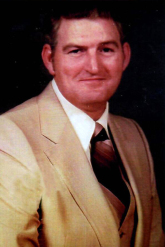 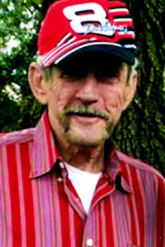 Roy Farrell Washington graduated from St. Clair County High School in 1958. He played basketball from 1955-58 and was team captain. He also was All County in 1957-58, All State, All District VI, North All Star and MVP in 1958.
He played independent basketball with Harlo Plant, Medders Grocery, Wright Drug, and Leeds Invitational Tournament in 1958-60.
In baseball, he played first base at SCCHS. He played end in football when he was in the U.S. Army Reserves. He was awarded the MVP in the Regimental playoffs in 1960.

In 1980, he won the Texas State Championship in the 5 Axle Division along with numerous awards for million mile safe driving. Washington lives in Bossier City, LA.