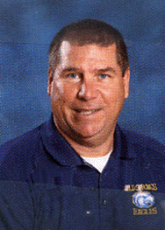 Tommy Wayne Youngblood
Tommy Wayne Youngblood is a 1976 graduate of Ashville High School. He played football, basketball, baseball and ran track while in high school.
He lettered in football two straight years, making All-County and All-Area. He was named MVP both years.
As a basketball player, he made All-County and All-Area. In baseball, he played shortstop and pitched. He made the All-State Team his senior year and pitched in the East-West All-State game. The year before, he pitched in the Colt League World Series.
As a track star, Youngblood won a state gold medal for the mile relay team in 1974 and also won a state silver medal in the broad jump in the same year.
Youngblood played college football at Auburn University from 1977-79 where he lettered as a running back.
He also earned a B.S. in Education from JSU in 1982 and a Master’s Degree in 1999 from UAB.
He coached at Pleasant Valley High School and at Ragland High School from 1983-88. In 1988, he started a coaching career at Cold Springs High School and is currently the principal there. 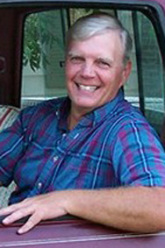 Mike Sheffield
Mike Sheffield is a 1972 graduate of Ashville High School. He played football and basketball, and excelled at track where he was a state champion in the 880-yard run in 1971.
Sheffield finished third in the state in the 880-yard run in 1972. In that same year, he ran a leg in the 440-yard relay and the one-mile relay and both teams won state titles. The one-mile relay team set a state record.
Sheffield won the Jim Nunnally Award his senior year that is awarded to the outstanding senior athlete at Ashville High. He was also the class Salutatorian.
He earned an undergraduate degree from JSU in 1975, a Master’s Degree in Hospital Administration in 1977 from UAB and a Master’s Degree in Education in 1979, also from UAB.
Sheffield teaches courses at Virginia College in Birmingham and is a member of the Ashville City Council.

David Wayne Smith
David Wayne Smith is a 1973 graduate of Ashville High School. He played basketball and ran track while in high school. Smith helped Ashville’s track team win three consecutive state track titles from 1971-73. In all three years, Smith was a state champ in the mile run, setting a state record in 1973.
Smith also ran a leg of the state champions one-mile relay team in 1972 that set a state record.
Since graduating high school, Smith has been in the tomato farming business. 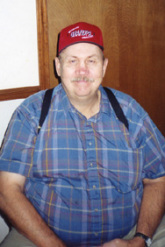 Warren Randy Taylor
Warren Randy Taylor was a 1961 graduate of St. Clair County High School in Odenville who played basketball from 1958-61. He made All-County all three years and was MVP his senior year. He also made All-District in 1961 and was named MVP. He made All-State and played on the North All-State Team.
He played college basketball at Mississippi State for one year before transferring to Howard College.
Taylor was a member of Moody Methodist Church. He was also a lifetime member of the Fraternal Order of Police. He enjoyed playing music for nursing homes.
Randy passed away in March of 2013. 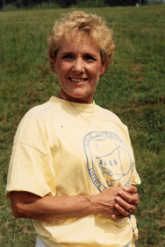 Peggy Sue Jones
Peggy Sue Jones is a 1956 graduate of Springville High School. Twenty years later, she graduated from the University of Alabama at Birmingham with a B.S. Degree. In 1979, she graduated from UAB with a MA and AA degree. From 1976 until 1998, she was the varsity cheerleading coach at Springville High School where her teams won numerous awards through the years including the United States Cheerleading Association title in 1978; the Class 2A AHSAA title in 1984, and first runner-up in Can Am International Competition in South Carolina. They also won three county titles.
Jones is pianist at Springville First United Methodist Church and works with the choir and youth activities.
She is the talent coordinator at various beauty pageants, and does productions for plays and music-related activities. 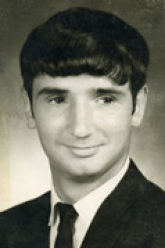 Wayne Parnell
Wayne Parnell is a 1969 graduate of Ragland High School, where he played football and basketball from 1967-69. During his senior year playing football, he set a state record for the number of touchdown receptions in a season at 28.
In 1968 and 1969, Parnell made the All-County and All-Area basketball team. In 1969, he was MVP of the area tournament, was selected as an All-State player and played in the North-South All-Star basketball game.
Other activities included coaching pee-wee and Jr. High football for a number of years and he also coached youth basketball.