Lamar Battles
Lamar Battles received a scholarship to Snead State Community College where he played basketball and baseball for two years. He was named to the All Tournament Team. Their record was 27-6 that year. He was a member of the first basketball team from Ashville to win the district tournament and go to the state tournament. Battles was named to the All State Team in 1949. He also played baseball with the volunteer league in Jefferson, Blount, and St. Clair counties. He is currently a charter member of Ashville’s Quarterback Club and served as captain in 1966-67.

Randall Dorsett
Randall Dorsett was a member of Ashville’s first football team in 1953. He graduated from Pasadena High School in 1957. He earned his Master’s Degree from Sam Houston State College and majored in Physical Education at the University of Houston. He played at the University of Houston from 1958-1960. He played offense, defensive tackle in 1958, end in 1959-60, and made All-Missouri Valley in 1959. He was head coach at Klein High School in 1974. He played Pro-Football with the Oakland Raiders in 1962-1963. He was nominated to the Athletic Advisory Board in Pasadena. He is a Hill Hall of Fame Charter Member, a member of the Men Christian Business Council and President of the “H” Association of the University of Houston Athletic Committee. He now resides in Crystal Branch, Texas. 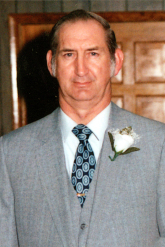 Bobby Golden
Bobby Golden graduated from Pell City High School. He was a 1952 graduate of Jacksonville State University. In 1951, he was All State end and Pivot All District in 1951-59, Pivot/Center in 1954-1956 in the Army. He also played first base with the Detroit Tigers/Wasau. He coached Little League Baseball and Pee Wee Football in 1967. He played first base with the Capco Softball Team in 1977. He also coached the First Methodist Church Softball (women) team and Broken Arrow Baptist Church team. 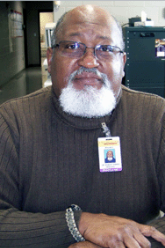 Dr. Robert L. Harris
Dr. Harris graduated from Springville High School in 1972. He is a 1977 graduate of the University of North Alabama. He majored in Physical Education and School Administration at the University of Alabama at Birmingham. He earned his Doctorate at Nova Southeastern University in School Administration. He played football and basketball at Springville High School where he was All County in football and basketball in 1972; All State in football. In 1974, he played football at Samford University and was All State and Honorably mentioned; in 1975, he played football at the University of North Alabama and won All Gulf South Conference and was Honorably Mentioned; coached St. Clair County girls basketball and was named Coach of the Year; he was named Principal of the Year in St. Clair County in 2000, 2001, and 2002. Dr. Harris retired as Principal of Springville High School in 2015.

Bill Lankford
Bill Lankford graduated from Springville High School in 1953 where he was a starter on the varsity team averaging 27 points a game. He played basketball from the 8th-9th grades and was starter on these varsity teams as well. In his senior year, he was selected for the 6th District All-Tournament Team. He played at Howard College (now Samford University) from 1953-1957 totaling 631 points for the season which was a new record for Howard College. He served as Co-captain and was selected as the team’s MVP. He ranked third on the all-time Samford University list through the 1990’s. 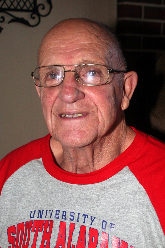 Pete Rich
Pete Rich is a graduate of Pell City High School where he played fullback, linebacker, and guard. He played on the undefeated 1951 team. In 1957, he graduated form the University of Southern Mississippi where he played linebacker and guard. He lettered in football in ‘54, ‘55, and ‘56. He earned his Master’s Degree from the University of Alabama at Birmingham. From 1957-1961, he was line coach, baseball coach, and B-Team basketball coach at Jones Valley High School in Birmingham. From 1962-1968, he coached at Sylacauga High School and won 4 area championships and 4 county titles. From 1969-1991, he was head coach and defensive coordinator. His teams went to the state playoffs 8 times. Rich’s overall record during his coaching career was 109-107. In 1996, Pell City High School Football Stadium was named in his honor.

Perry Swindall
Perry Swindall began his career as a volunteer assistant football and strength coach at his Alma Mater, Ashville High School, in 1983. He implemented the off-season weight program and coached the defensive line during spring training. The next summer, he became the defensive coordinator, strength coach, and history teacher at Oneonta High School. After five years as an assistant and helping to compile a 58-8 record, he became head coach at Daleville High School, the home of current NFL player and friend, Tony Richardson. After 9 seasons, he left Daleville to become the head football coach and Athletic Director at Russellville High School. His seven year record at Russellville was 74-18. They have an 18-5 playoff record, with five semifinal and three state runners-up in the last five years. Teamwork is the key and it means, Together Everyone Achieves More. 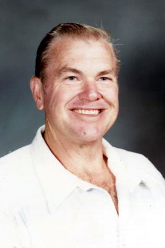 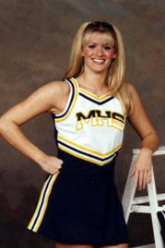 Farrah S. Seals
Farrah Seals was a student at Moody High School where she was Sophomore Class Favorite, held a 4.0 average and was All County, All Area in basketball, volleyball, and softball. She was also All County in cheerleading and received the ACU Cheerleading Award. She was actively involved in the Sr. Beta Club, Sigma Delta Phi, M Club, and the Moody High School Yearbook Staff.