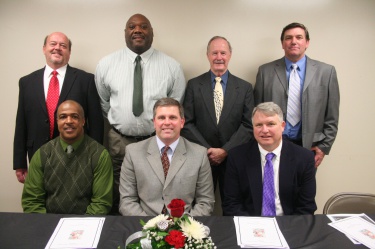 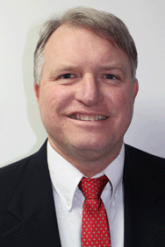 Brian Mintz
Brian Mintz graduated from Southside High School in 1981 and JSU in 1985, and again in 1991 with a Master’s Degree. His coaching career started and ended at Ragland High School. He first came to Ragland in 1988 where the Purple Devils won an area championship and made the playoffs for the first time in school history.  After two more years, Mintz moved on to Glencoe and then Southside. In 2004, Mintz returned to Ragland where he enjoyed the most success. He led Ragland to the state playoffs the last eight years he was there, including a 13-1 record in  2011, his final season. His biggest honor was coaching his own son, John Mark Mintz. He currently serves as a deacon and Sunday School at Southside Baptist Church. 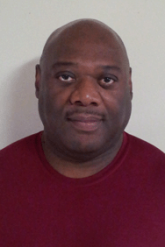 Erroll Newton
Erroll Newton graduated from Ashville High School in 1979. During his sophomore season, Newton helped lead the basketball team to an overall record of 26-2, and made the All-County team. As a junior, Newton led the football team in rushing with 900 yards and led the team in touchdowns. He was an All-County honorable mention and also made All-Area. As a member of the basketball team, he made All-County and All-Area. During his senior season, the Ashville basketball team had a 30-0 record and headed to Coleman Coliseum in Tuscaloosa for the state tournament. Newton averaged 18 points and 11 rebounds during the season and averaged 20 points during the state tournament. Newton made All-County, All-Area and was named to the Birmingham News All-State Team as a basketball player. He was also named MVP of the Vincent tournament and made the Goodwater All-Tournament team. He played in the 1979 Alabama All-State Basketball Game. Newton walked on at Alabama A&M in 1980, but an injury ended his scholarship. He was a member of various intramural basketball teams at Alabama A&M and UAB. He coached youth football from 1999-2003 and youth basketball from 2003-2006. He was a member of the Ashville High School Quarterback Club from 2005-2010. 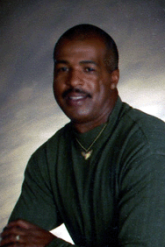 Anthony Looney
Anthony Looney graduated from Ashville High School in 1985. He played on the  1981-82 Ashville B-Team basketball team that went undefeated with a record of   22-0. He was named to the All-County Team. As a freshman in 1981, Looney was the leading receiver on the football team. He made the All-County football team in 1982-83. In 1982, he made All-State, rushing for over 1,500 yards on a team that went 8-3. In that same year, Looney was a member of the 1600-meter relay team that set a state record that still stands today. In the summer of 1984, Looney played in the North-South All-Star game. He was the leading rusher and was named MVP of the game, helping the North squad claim a victory. Through the years, he helped coach youth football, 8th grade basketball and girls softball. 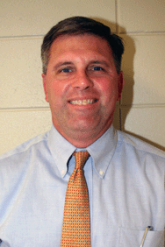 Brian Terry
Brian Terry is 1986 graduate of Springville High School, where he excelled in basketball, football and running track. Terry was named the All-County MVP in the basketball tournament in 1986. He played football three years. In 1985, Terry set a state record in the outdoor high jump. In 1985 and 1986, Terry was the state champion in the indoor and outdoor high jump. He graduated with honors from Samford and UAB. While at Samford, Terry was a letterman and captain of the track and field team. From 1993 to 2004, Terry led the Leeds High School track and field team to 12 state championships and 12 state runner-up titles.  He was named Jefferson County Coach of the Year seven times and Alabama Coach of the Year twice. His 1993 team set a state record for most points scored. Currently, Terry is principal at St. Clair County High School in Odenville. He is a member of North Valley Church. 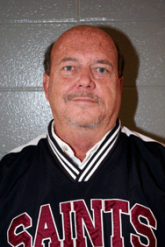 Marshall Hartley
Marshall Hartley Jr. graduated from Pell City High School in 1972. He lettered in football, basketball and baseball. He walked on at JSU in 1972. After injuring his shoulder playing football, he took up boxing. From 1974 to 1976, he had a record of 12-4 in the AAU Golden Gloves division. In 1979, he was hired to be a teacher/coach at St. Clair County High School in Odenville. He was the defensive coordinator when the football team made its first trip ever to the state playoffs in 1984. Also in 1984, his basketball team defeated top-ranked Calera, who entered the game with a 17-0 record. He was named Coach of the Year twice, and led the Saints to county crowns. When he first started coaching, SCCHS had no baseball field. The baseball team practiced on the football field and played all their games away. In the mid-1980’s, Hartley designed and help build the current baseball field with the help of the Odenville people. In 1989, the Saints played for the Class 3A state baseball championship against Thomasville, but lost two straight games 3-1 and 5-3. Hartley took five different sports at SCCHS that he coached to the state playoffs. Hartley was also instrumental in starting a T-Ball league in Pell City in the 1980’s and girls fast pitch softball in the 1990’s. He coached Dizzy Dean baseball in Pell City, American Legion baseball, city league basketball and church league basketball. He helped coach the Bama Cobras softball team that won state titles from 1998-2000. 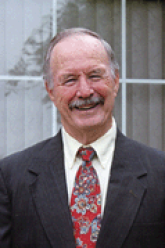 Rodney Daffron
Rodney Daffron graduated from Ragland High School in 1957. The very first football team in Ragland was in 1952, and Daffron was the football manager as an eighth-grader. The next year, he played on the varsity team, but didn’t play much because he was small. Coach George Eden was afraid Daffron would get hurt. Daffron continued to play football, and during his senior year, Ragland went undefeated at 10-0. He totaled 23 touchdowns, and kicked 20 extra points. He was named an All-State player. During basketball season, he scored 50 points in one game against Gaylesville. Daffron played college football at East Central Jr. College in Decatur,  Miss., where he was halfback, punter, and punt returner. He also played tennis and finished second in the state one year. Daffron then went on to serve as a Methodist minister for 32 years, serving in Mississippi, Georgia and Alabama. 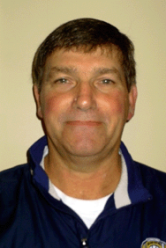 Rookie Smith
Richard Austin (Rookie) Smith Jr. graduated from Ragland High School in 1976. He played football, basketball and baseball. He was named All-County in football in 1975 and 1976. He was named All-Area in basketball in 1975. Smith is best known for being an umpire in various sports through the years. He has been an ASA umpire since 1984 and an AHSAA softball umpire since 1986. He umpired in the 2005 state championship softball games in Montgomery. He has umpired over 15 National Championship tournaments, umpired several years in the Alabama Sports Festival, and umpired Jr. College Softball. He has been an AHSAA basketball referee since 1988, and has also been a youth league official for baseball and basketball. He is a member of Hardin’s Chapel Bible Church in Ragland. He has been employed by Hubbell/USCO in Leeds for the past 17 years.